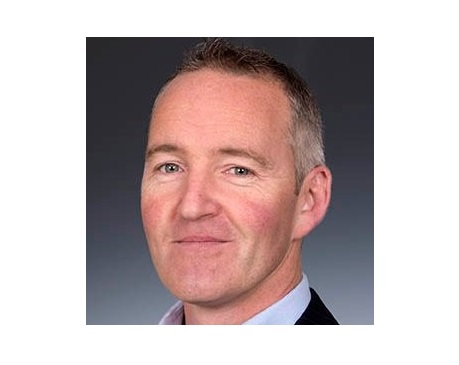 What is your current role at Svitzer and what does it include?

My title is Head of Marine Standards for Svitzer Europe. I am one of four Regional heads that manage a small team of experienced and professional mariners in support of safety, compliance and nautical matters for Svitzer. The role is both diverse and challenging – it’s an ‘all four seasons in one day’ role that can see me working on exciting, high-level initiatives such as Maersk’s ‘Safety Differently’ cultural change programme down to the application of a very specific element of the regulations in any one of the many different countries we operate in; no one day is ever the same.

When did you start with Svitzer and what role did you originally fulfil?

I joined Svitzer at the end of August 2016 as Head of Marine Standards so I’m still in the same role, however, that is not a bad thing. The role has evolved over time and has adapted to emerging challenges. In truth, as with many modern day roles, it takes some time to ‘get into it’ and then there is something about remaining in role for a period of time; I feel it’s important to build enduring relationships with both the management teams and the afloat teams.

Where did your interest with the sea start?

I started sailing during 1994 while I was employed as a fire fighter in the Royal Air Force. My first experience was a delivery voyage of a Nicholson 55 from the Azores back to the UK in the tail-end of a big Atlantic storm. I got the bug straight away and realised I wanted to progress a career at sea. I spent the remainder of my time in the RAF getting my RYA qualifications and started a cadetship two years later when my when my engagement with the armed forces terminated.

Can you remember your first commercial experience?

Throughout my early sea-going career, like most people, I have encountered varying degrees of commercial exposure, but this was nothing compared to one of my roles while working for Serco. I moved from a compliance based role into an Account Director position responsible for the managements of several different shipping entities. At this point, service delivery and stakeholder management became everything.

What interests and hobbies do you have outside of Svitzer?

I am married with two daughters and a dog, that pretty much occupies my spare time. I enjoy sailing and diving whenever I get the chance but more often I run (when I have the energy). At present, my two girls are enjoying a broad range of different sports and are doing quite well, consequently, my weekends are spent running them around the county to attend various training and competitions.

Do have any personal industry involvement elsewhere outside of the Workboat Association?

Over the years I have been a member of a number of different associations and institutes some of which I have recently become more involved with. I am a Standing member of the Nautical Institute Council and Technical Committee and I am involved with the Royal Yachting Association’s senior policy making committee. I am the vice-chair and executive committee member of the British Tugowner’s Association.

What do you believe will be the upcoming challenges for the industry?

Since my arrival at Svitzer a little over three years ago, the commercial landscape has changed beyond recognition. Tugs, as a well as other in-port service providers has inevitably felt the effect of regional and global market forces as the larger carriers seek cost efficiencies to remain competitive in an increasingly challenging financial environment. It is a challenge for the industry and particular to an operator like Svitzer aiming for the highest safety standards to get the market to recognise that safety is not a given and that it takes commitment and hard work to ensure that standards are kept high to avoid a detrimental effect to the safe operation of the vessels.