AGM Round Up – A Year of Change for the NWA 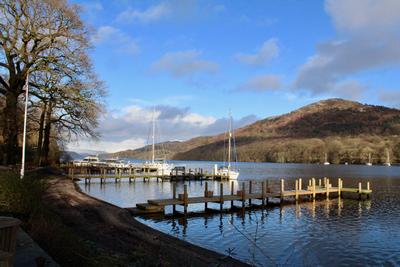 As ever, we would like to heartily thank all those members who travelled up – or down! – to the Lakeside for our AGM on January 18th. Following another successful year, with continued membership growth and numerous milestones, 2019 is set to be a year of change for the Association.

2018 was another year of solid growth. We are pleased to announce that with a total of 560 boats with our membership, we have grown to 87 companies, having gained 11 new members in 2018. These include:

We’s also like to highlight our new Corporate Membership which we opened towards the end of the year. Our first corporate members include:

At the AGM we celebrated 2018’s launch of the Trailblazer Workboat Apprenticeship launched in time for Seawork. The apprenticeship scheme received the highest financial award of any level 3 apprenticeship with a £20,000 investment.

We are also progressing the Small Vessel Engineer Apprenticeship and we hope to get the Scottish Apprenticeship back on track with Stream Marine Training in the very near future. Furthermore, the revised TRB is now in use and an app-based version is anticipated later in 2019.

The Association is very pleased to have been selected to sit on the Clean Maritime Council to work with the Government on its path to lower emissions and cleaner air in the UK, through the Maritime 2050 strategy.

The NWA have been heavily involved in the production of this revised Code, having led the working group originally formed in 2012, which resulted in the 'Technical Standard' version that was published in 2014. We have suffered 4 years of frustration due to various government machinations and delays, but are pleased the revised Code has now been published, giving operators a more up to date standard for the next generation of Workboats.

With our adoption of the new CEO role, the Association is taking a new shape as we welcome new members to the committee.

David McNaughton has been re-elected for another term. Mike Stansfield and Yvonne Orr have stood down and we are pleased to announce that the following new members have been elected onto the Committee:

These new appointments we are confident will give the Committee a good spread of experience and sector knowledge.

At the AGM, Mark Meade thanked Yvonne and Mike for their sterling service over the years – Mike since the NWA’s inception and Yvonne for her tireless work in developing training standards, in particular her role in bringing the Master<200GT Code Vessel CoC to fruition.

Mark Meade also expressed thanks to Kaye Conafray for her excellent work as honorary Treasurer for the past 8 years, who is also standing down as she and Mike have now retired from Marineco.

Furthermore, Jacqui Bruce has been appointed as the new Treasurer; the appointment was carried by the Membership at the AGM.

Since Norman Finlay became the first Secretary of the Association the role has evolved though his and Mark Ranson’s tenures. It has been agreed that the role will now be that of Chief Executive. However, Mark Ranson has submitted his intention to stand down from his current role with effect from July this year. At the AGM, it was proposed Kerrie Forster will be appointed Chief Executive elect from April this year to allow a hand over period before Mark Ranson stands down. This motion was carried by the Membership.

And last but by no means least, Mark Meade’s term as Chairman has expired and he will now continue in the role for one more year as Mark Ranson will take over as Chairman of the Association Committee thereafter.

…and a new name

As the Association continues to evolve and takes on a more international feel, and with a new constitution in place, it has been decided that the Association will change its name to “Workboat Association”. More to follow as we roll out this exciting rebrand!