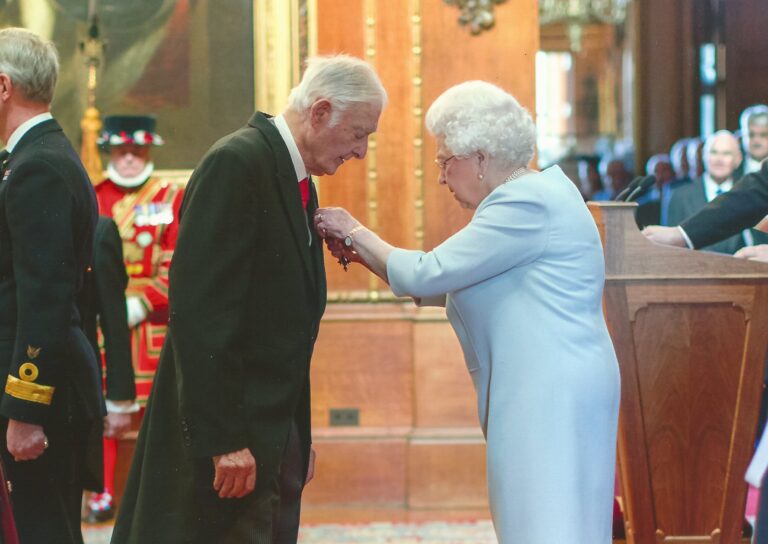 Pictured: Norman Finlay receiving his MBE in 2018 from her majesty the Queen (UK).

Norman Finlay MBE was to known to many as the ‘Grandfather’ of the Workboat industry. Following a career at sea and then as Superintendent of a dredger fleet, Norman became involved with workboats early in his career and went on to become one of the main driving forces behind the establishment and development of the UK Workboat sector of the Merchant Navy in the 1970s, playing his part in the rapid development of the industry and in the technical advancements made.

He continued to work in the industry ever since, running his own Surveying business he became President of the SCMS and through this network became the key player in the development of the original Workboat Code with the MCA (then the MSA) in the early 1990s and the revisions ever since. This project became the forming of the Workboat Association in 1994, of which Norman took the role as Secretary until 2011, then Life President.

Norman was a true believer that the success of the industry was down to the collaboration within it and the experience of those driving it, he worked tirelessly to help others gain from his own experiences and to give his time to anybody who needed encouragement or support. Norman was a firm believer in structure, best practice, openness and regulation, something that he devoted much of his life to identify and implement within the small commercial vessel sector.

Following his passing in August 2020, the industry came together to collectively find a way to honour his memory, it was felt that something needed to be done that would immortalise his efforts posthumously for the future. The ‘Norman Finlay memorial development scheme’ has been set up to ensure that the correct experience, training and skills are provided to seafarers who want to further their careers within the Small Commercial Vessel sector and to those who look to use their sea-going experience mixed with support from industry to kick-start their career ashore.

The IIMS, Mecal, Mercator Media, SCMS Benevolent Fund and the Workboat Association have made a memorandum of understanding with the Marine Society to support and drive the Marine Society’s ‘Coming ashore’ project, with specific interest to attract and develop new skills tailored to the requirements of the Small Commercial Vessel industry. Together, following Norman’s example, we aim to ensure that the industry’s future is comprised of suitably experienced and nurtured professionals in all roles from Vessel Operators, to Surveyors / Inspectors, and Regulators.

To gain your Workboat Association member Discount Code for use in the STC Publishing shop, send your request to; admin@workboatassociation.org

AN1006 _ MCA Advice Note: Carriage of Dangerous Goods on board Workboats

(Certifying UK flagged Workboats for the Carriage of Dangerous Goods) 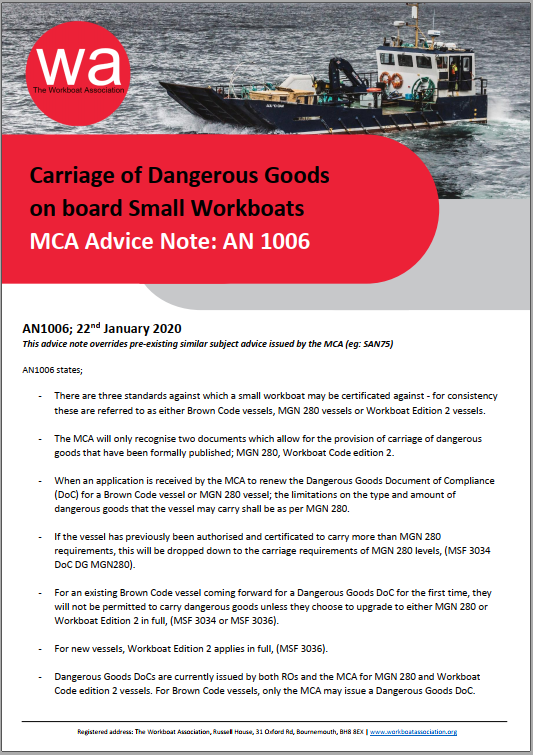 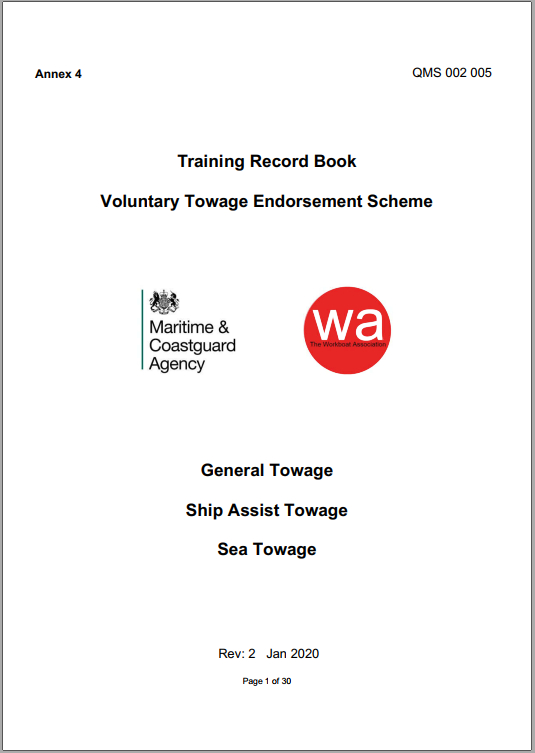