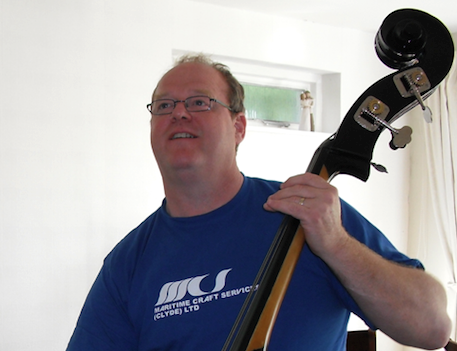 Maritime Craft Services were one of the founding members of the Workboat Association in 1994, the following year David McGregor joined their team. Now Operations Director, David tells us more about MCS and how the company has developed in the last 25 years.

“I have seen a number of improvements, advancements and changes in our industry over the years, we have enlightened the naysayers and skeptics and shown ourselves to be the professional, well represented body of good people we always knew we were, the sector contributes significantly to our economy, offering quality jobs, export trade and excellent career opportunities for both young people and those (like me) who join as secondary careers. I hope that never changes.”

Can you introduce us to Maritime Craft Services and the main sectors you are working in?

When I started working for MCS in 1995 as Operations Manager; the company owned and operated a fleet of workboats, multipurpose tugs and Multi-Cats, our core business back then was dredging support and marine construction with the occasional coastal towing job and MOD support.

Since that time MCS have expanded almost continuously over the preceding years and in 2011 we entered into a new industry, the renewable energy sector, with the purchase of our first CTVs – of which we now own 11!

What countries are you largely active in?

The company has operated internationally since the outset, mainly in Europe, and in 2005 expanded operations into the Middle East when the first of our vessels headed for Dubai to start work on The World and Palm projects. We embraced and overcame the challenges presented in this region and as a result we have expanded and thrived in a highly competitive market place.

The countries into which we have sailed our vessels to support our long-established (and many new) clients are too numerous to list, but we have ‘flown the flag’ as far afield as Australia, Mauritius and Bangladesh. It’s a well-worn cliché but I can honestly say that there has never been a dull moment at MCS!

Can you give us an introduction to your career?

In my journey to our industry I passed through various others, such as petrochemical, shipbuilding, nuclear and aerospace. Since joining MCS and the workboat industry in general, my knowledge of all the technical systems found on board our ships has broadened extensively beyond my original electrical discipline, which I have found extremely interesting.

Does the company have any exciting projects currently underway?

For the past few years MCS have focused on the development of SWATH vessels which has been a new and exciting ‘learning curve’ for us all. We have also continued to develop and expand our traditional fleet in line with industry demands and requirements, this has seen vessels growing ever larger and far more sophisticated than they ever were back in the days of Morse controls, DIY showers for the crew and dodgy ship-to-shore communications!

What are the main concerns currently at MCS?

Our industry, as well as most others, has been adversely affected by the present world pandemic, the consequences of which will be felt for many years to come, this should concern us all, along with recent information that continued free movement of our vessels within Europe will not form part of any Brexit negotiations again has us concerned.

Another major issue is the HMRC Capital Allowance Case and their pursuit to change our steel hull vessels from short life assets to long life assets. This issue is not going away, and it’s going to be a major issue for the industry as more and more companies are being investigated.  Now is the time for the Workboat Association to lobby together and fight this in unity before it’s too late for all.

Although MCS have long championed the Workboat Association (since it’s outset) with Dirk being a founder member, myself as a committee member in the late nineties (now returned to post again) and Yvonne having sat a long period through the millennia , we feel the need to support our Association has never been greater than now in these uncertain times.