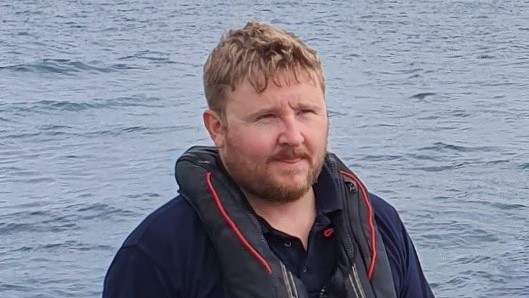 A new feature to the Newsletter, ‘Meet the Apprentice’ will take a closer look at some of our industry’s apprentices and track their progress.

We start the new feature with an introduction to the latest Apprentice enrolled on the Workboat Crewmember Apprenticeship – Graham Williams from Boskalis.

“Graham Williams is not only the first to be feature in this new editorial but is also the first Workboat Crewmember Apprentice for association member – SeaRegs Training. He is also one of the first students to be selected to test the new Electronic Training Record Books- eTRB! Graham is trialing the system which has been developed between the Workboat Association, Merchant Navy Training Board and its software developer ‘Swifttrack’ (This month’s sponsor). Graham and his training lead ‘Simon Jinks’ (SeaRegs) are putting the eTRB through it’s operational usage trials – a task that is drafting the early stepping stones for UK Merchant Navy eTRB’s.”

At what stage of your Apprenticeship are you?

I am right at the start of my Apprenticeship, I started it 4 weeks ago with my employer Boskalis based in Falmouth and with the training provided by SeaRegs Training in Plymouth.

What made you interested in a career on board Workboats?

Well, I have actually been around the maritime industry for a while: I worked for Sunseeker as a deck fitter, I have crewed on passenger ferries and I also completed my Boat Master’s a few years ago – but it lapsed as I was then working in marinas.

I have been looking to make a career working on board vessels rather than just having ‘a job that involved boats’ for a while. The opportunity presented itself with Boskalis and it was the opportunity I had been looking for, so I jumped at it.

What has been your favourite part of the job so far?

I’ve only early day’s – but so far, the most exhilarating has been conducting helicopter drills with the Royal Navy, they are very interesting. Also, we have played part in some Royal Navy drills where we have worked alongside a large Navy vessel at sea, that was really fun.

What is your least favourite part of the job so far?

I am sure that I have not yet discovered every area of my duties, but if I had to pick something, well’ no one likes cleaning really do they?! …though it’s part of the job, so you just get stuck in and do it.

Where do you see yourself in 5 years’ time?

In 5 years I hope to have obtained a lot more qualifications to my name that will support my seafaring, I would like to be well-settled at work and actively engaging in my career. Me and my fiancée would like to be settled and possibly have a family soon, though always leaving enough room for our adventures!