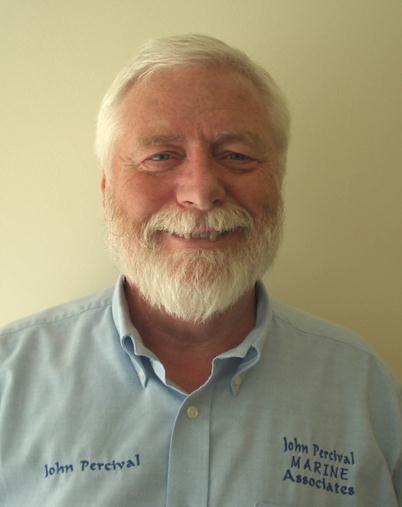 Mark Ranson reflects on John Percival’s role within the Workboat Association and the introduction of the John Percival Memorial Award.

Who was John Percival?

John Percival was well known in commercial workboat and leisure circles as the founder and head of Hoylake Sailing School (& John Percival Marine Associates (JPMA). After a career deep sea and ashore plus a brief spell with Wirral Council, John started JPMA/Hoylake Sailing School in the mid 90s. – Whilst initially aimed at yacht training he quickly realised there was a significant role of training of Workboat crews and he worked with the Workboat Association to utilise RYA courses and also to develop the Master <200GT CoC with the WA and MCA.

For many years he was Chairman of the Workboat Association Training Workgroup, until his untimely death from Cancer in March 2014.

How did the Idea for the John Percival Memorial Award Come about?

Following John’s passing the Workboat Association Committee were looking for a suitable way to commemorate John’s life and his significant contribution to the development of Workboat crew training – at the time we were just embarking on the first Workboat Apprenticeship, it was fitting to create an award to recognise the achievements of our workboat trainees.

What Was your Involvement in its Creation?

Once the idea had been ‘hatched’, as Secretary at the time of the Association I coordinated the work of the Training Group – to bring the award to fruition – however, it should be recognised that much of the groundwork for creating the parameters for the award was down to John’s successor as Chair of the Training work group Damian Crowley, who assimilated the group’s ideas and drafted the original criteria for the award.

How does the Process for Nomination and Award Work?

The Award is presented at one of the WA annual events, typically the Seawork Dinner.

Who was Awarded the first JPMA and why?

The first recipient was George Turpin from Seacat Services for his efforts whilst training in 2015 – with the award presented at the 2016 Seawork Dinner.

George’s hard work and commitment, as well as his strong technical ability, set him in exceptional stead for an outstanding career at sea. His achievement in 2015 reflects the positive impact that apprenticeships can have on companies working within this sector

George received a set of high quality Nautical Instruments in a presentation case, this award followed suit for the future.

On review by the Training Workgroup it was decided to widen the parameters for the award in 2020 to cover all Workboat industry Apprentices or persons who have completed a relevant period of training.

So far this year, revised nomination sheets have been finalised and distributed to the training providers and employers (and are openly available via the Training and Good Practice page of the WA website for download).  nominations for this catchment (looking at the work of those in 2019) are to be submitted to the k.forster@workboatassociation.org by the end of April 2020.

A judging panel ‘independent of any nominees’ will be selected from the Training Workgroup to review the entries and select a winner ready for the original Seawork date June 9th 2020.

Due to the postponement of SeaWork 2020, the current award date is tba.

How Can Others Get Involved, is it too late to Nominate?

Get the form downloaded and sent to Kerrie Forster before the end of the month, as long as the nominee is registered in time; there is still a chance they could be this year’s winner!